The man who made Landcare happen!

On Christmas Day 2022, Horrie Poussard OAM passed away in Melbourne and Global Landcare lost one of its founding fathers, mentors, innovators, colleague and friend.

The world extends to Horrie our gratitude for many years of passion and devotion to the formation, development and growth of Landcare in Victoria, Australia and internationally. We pass on our deepest condolences to Wendy and the Poussard family who have supported Horrie and assisted in his life’s work. 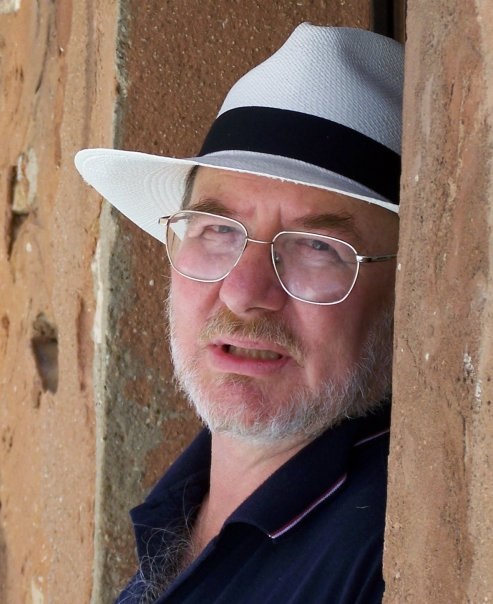 Horrie grew up in Melbourne and gained his Bachelor and Master’s degrees in agriculture at Melbourne University.  A consultant to graziers in NE Victoria, he went on to a three-year consultancy in South Korea for the Australian government in the early 1970s. This shaped his outlook, and that of his wife Wendy, who, with strong support from the family, became an esteemed figure in aid projects in the Pacific and Asia through co-founding the International Women’s Development Agency.

In 1986, whilst serving as a departmental adviser for Conservation, Forests and Lands, he was chosen to design a community-owned program that encourages integrated management of agricultural and private land. He named it LANDCARE and for us this is Horrie’s greatest legacy.

Joan Kirner, Minister for Conservation, Forests and Lands, wanted a community-based environmental program that reflected the multi-disciplinary nature of her department, then still finding its feet. Horrie and Bob Edgar came up with the idea of a new, more independent, community based, district-scale, action-oriented entity and the idea took off. When Horrie ended his stint as Victoria’s first state Landcare co-ordinator two years later, there were more than 20 groups operating enthusiastically, and the idea was echoing through Canberra corridors.

Later years saw Horrie and Wendy living in Hanoi and Suva, working on aid projects. And a conversation between him and Dr Dennis Garrity of ICRAF undoubtedly accelerated the advent of Landcare to the Philippines and East Africa.

From 1998, the Secretariat for International Landcare (SILC), and less so the then Commonwealth environment department, were the pioneer overseas envoys. In Africa, the World Agroforestry Center (WAC), operating from Nairobi, Kenya, initiated further networks including Landcare International, also keenly promoting Landcare in the Philippines, a goal that later became a Queensland and Commonwealth project, which remains to the present although in reduced form.
Javan, Sri Lankan, Bangladeshi, Pakistani, US and Canadian links also emerged, almost all through SILC’s efforts. Meanwhile German Landcare flourished. Founded six months pre-Winjallok in May 1986, and not unlike us in many ways, a case of parallel evolution, its successes, though substantial, have been largely internal.

These exciting developments encouraged Australian Landcare International (ALI) to form in 2008 to widen community support. Rob Youl was its founding Chair, with Horrie Poussard the first Secretary and Secretary/Treasurer over many years. He helped launch the Overseas Landcare Fund and put out 35-40 newsletters.
ALI initially compiled lists of contacts, and ran travel fellowships, sending ten or so Landcarers overseas on brief study tours. It also helped publish books, including Landcare: Local Action–Global Progress in 2009, and pamphlets, and through a website and many public presentations started telling Landcarers and the public about activities overseas.

The three international Landcare networks – SILC, ALI and Landcare International united to form Global Landcare in October 2020.
Many of its members have been involved in Landcare at policy, program and operational levels for more than 30 years bringing international experience in agricultural, forestry and environmental management and know Horrie well.

In June 2021 Horrie was awarded an OAM in the Queen’s Birthday Honours List in Australia for service to conservation and the environment.

Thanks, especially to Horrie, this is where we are now – an experienced, productive, resourceful and thrifty NGO supporting and promoting Landcare across the globe. He remained an active and interested member of Global Landcare until the end. He will be missed.

Yours forever in Landcare

Donate to the Global Landcare Fund

Global Landcare acknowledges and thanks the First Peoples as the traditional custodians of the lands in which we meet, collaborate and work.

We acknowledge elders past, present and emerging in our communities across the globe.