Australian Landcare International (ALI) was formed in 2008 to widen community support for Landcare programs developing in countries outside Australia. 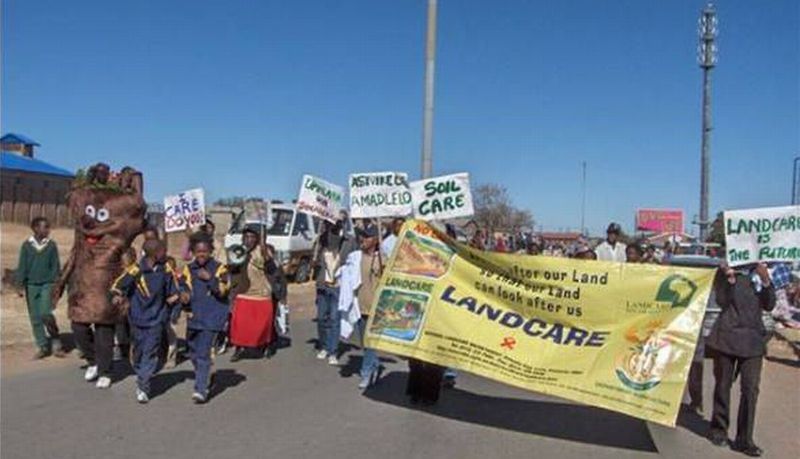 Many Australians are unaware that numerous other countries run Landcare programs and activities. It started when Iceland made a national commitment after Australia’s National Landcare Facilitator Andrew Campbell’s 1993 visit. New Zealand, South Africa and the Philippines followed before the decade ended. Other African countries responded to South Africa’s lead, and, in 2006 in Melbourne, following an International Landcare Conference, Landcare’s first master class drew 23 students from 13 nations.

From 1998, the Secretariat for International Landcare (SILC), and less so the then Commonwealth environment department, were the pioneer overseas envoys. In Africa, the World Agroforestry Center (WAC), operating from Nairobi, Kenya, initiated further networks including Landcare International, also keenly promoting Landcare in the Philippines, a goal that later became a Queensland and Commonwealth project, which remains to the present although in reduced form.

Javan, Sri Lankan, Bangladeshi, Pakistani, US and Canadian links also emerged, almost all through SILC’s efforts. Meanwhile German Landcare flourished. Founded six months pre-Winjallok in May 1986, and not unlike us in many ways, a case of parallel evolution, its successes, though substantial, have been largely internal.

These exciting developments encouraged Australian Landcare International (ALI) to form in 2008 to widen community support. Rob Youl was its founding Chair, with Horrie Poussard the first Secretary. ALI initially compiled lists of contacts, and ran travel fellowships, sending ten or so Landcarers overseas on brief study tours. It also helped publish books, including Landcare: Local Action–Global Progress in 2009, and pamphlets, and through a website and many public presentations started telling Landcarers and the general public about activities overseas.

In addition, over the years there were often overseas groups to show around, including several from Asia and North America.

From 2009-13, with funds from Computershare, ALI supported small Landcare projects in Nigeria, the Philippines, Tonga and Sri Lanka, and with WAC promoted Namibian Emily Mtota’s paper on the concept of an International Year of Landcare.

ALI also built a close relationship with Japan, starting by supporting five of Nanzan University’s annual tours by environmental policy students of south-eastern Australia from 2008-12. These were led by Professor Michael Seigel, a Roman catholic priest and ethicist who had lived and worked in Japan since 1975. Michael grew up on the Murray River, and always took his students to his hometown Barooga, with its  Boomanoomanah Landcare Group. A fruitful partnership ensued, during which time Japanese Landcare (SPELJ) formed.

Tony Burke MP recalls that, also around then, ‘I was at a meeting representing the Environment Minister in the lead up to the G8 in Italy, and by chance I ended up sitting next to the Environment Minister for South Africa. She noticed that I was the Agriculture, Fisheries and Forestry Minister for Australia and she went straight to one issue. She said, ‘Oh, you would be involved in Landcare.’ She said Landcare is one of the best forms of foreign aid that Australia has ever helped us with. What an extraordinary statement!’

The executive visited Canberra every year or so, meeting departmental staff and occasionally diplomats and academics. In 2011 ALI started to participate in overseas training, firstly in Uganda. Typically, these were one-week events every year or so financed by the Crawford Fund and ACIAR, with ALI digging deep to cover additional expenses.

Over the next several years, ALI was closely associated with training and community events in Malawi, Zambia, Fiji, Tonga, Mindanao, Jamaica and St Kitts and Nevis – the latter two events being in conjunction with a Caribbean expatriate group and the University of Wolverhampton. Then, with Japanese Landcare, ALI staged the 2017 Nagoya international conference. This required a reconnaissance trip and securing funding from Nanzan University, the Australia-Japan Foundation and the World Business Council for Sustainable Development in Geneva. It was the first international Landcare conference outside Australia.

Subsequently the Australian-Japan Foundation granted ALI $AUD 18 000 to run an agroforestry exchange tour of central Honshu in 2020, which has been deferred due to the Covid pandemic. The Australian Agroforestry Foundation has been closely associated with this venture.

Two activities in the Philippines stand out. Firstly, thanks to the Crawford Fund, ALI and SILC took Landcare members from Selo in central Java to see how Mindanao smallholders manage their steep land productively. Later SPELJ arranged for Luzon farmers to visit Mindanao, apparently the first such intra-national activity there.

In partnership with what is now Landcare Victoria Inc, in 2014 ALI started a small projects fund, recognising that a grant of only $AUD 500 would go a long way in a community Landcare project in the developing world. ALI/LVI small-projects funds raised over $45 000 for 50 projects in 19 countries. It gained tax-deductible status in 2017.

ALI has met monthly at Port Phillip Ecocentre since 2010, and organised many lectures and other functions there. It has prepared many articles, media releases, lectures and diplomatic initiatives. It won the 2019 Victorian Landcare partnerships award. That same ceremony saw Belinda Brennan take the Heather Mitchell travel award, which she used to attend the 2019 Ugandan national Landcare conference.

As with any Landcare body, many worthwhile ideas are floated; some bear fruit, occasionally spectacularly, and others, the majority, are modified or abandoned.

Regrouping as Global Landcare was one of ALI’s best collaborations, especially as it had emerged from the 2017 Nagoya conference.